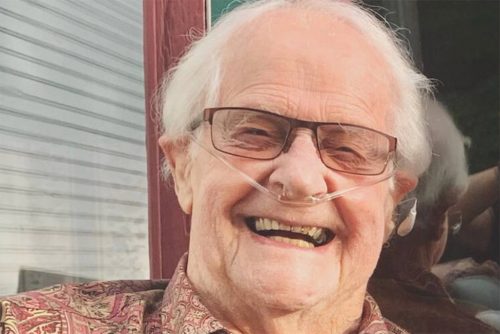 We have some very sad news to share. This tribute was written by Annie McGeachy:

With the passing of Bill Murray, we have lost the last of CRFC’s Founders.

Born in Southampton, England, Bill emigrated to Canada to fill a teaching position in Prince George. He was joined by Anne and eventually moved to the Cowichan Valley to take a teaching position at Cowichan Secondary as a P.E. instructor. He took over the P.E. department, inheriting the soccer program, gymnastics and starting the rugby program that endures to this day. He, along with Derek Hyde-Lay, formed the CV Athletics Club that morphed into the present day CVACS.

Many of our past players, board members , and presidents were introduced to the game at the high school by Coach Murray. After rugby, Bill took over the role of rowing coach at the Maple Bay Rowing Club for more than 20 years.

At our rugby club he continued as a supporter and fan watching his own sons wearing the black and green with great enthusiasm. His influence on the success and longevity of our club cannot be overstated. Bill Murray – Coaching Legend!

Beyond athletics and as a team, Bill and Anne were involved in our larger community contributing hours, months, years to making a difference, to making it better.  He leaves behind a big footprint as being one of the best of our citizens.

The rugby family passes on our sincere condolences to Anne, Rob, Ian, David, Graham, Rachel, and their families for their loss.

The players and fans at CRFC will miss that great booming voice heard so many times throughout Piggy Park..

We are the Piggies - Located in the Cowichan Valley on Vancouver Island, BC. 2021 Season:
1st Division Women
1st Division Men
Over 40 Men
Junior Rugby